The Spanish Theater collection of the Virtual Library of Bibliographic Heritage consists of printed and handwritten works, either original or adapted to the Spanish public, covering from the 15th to the beginning of the 20th century, mainly in Spanish, but also in Catalan. In the collection are represented both the great theatrical genres (tragedy, drama and comedy), as well as the minor forms (autos sacramentales, entremeses, sainetes, loas and pasos) and musical theater (operas and zarzuelas).

The National Museum of the Theater collection deserves a special mention, formed by a deluge of works of diverse origin and times, with a total of 1.161 pieces from the 16th to the 19th centuries. Much of this collection comes from the important and numerous donations that great figures from the world of theater performed over the years. Among them, stands out Luis Paris, the Museum's first director; Ceferino Palencia and María Álvarez Tubau; Fernando José de Larra, with a good part of his private library; as well as the donation of José Rubio and his wife Matilde Rodríguez

It should be noted the great number of comedies of the Spanish Golden Age of the National Museum of the Theater, belonging to some of the great authors of the genre like Luis Vélez de Guevara, Lope de Vega, Tirso de Molina, Francisco de Rojas Zorrilla, or the Spanish playwright par excellence, Calderón de La Barca. 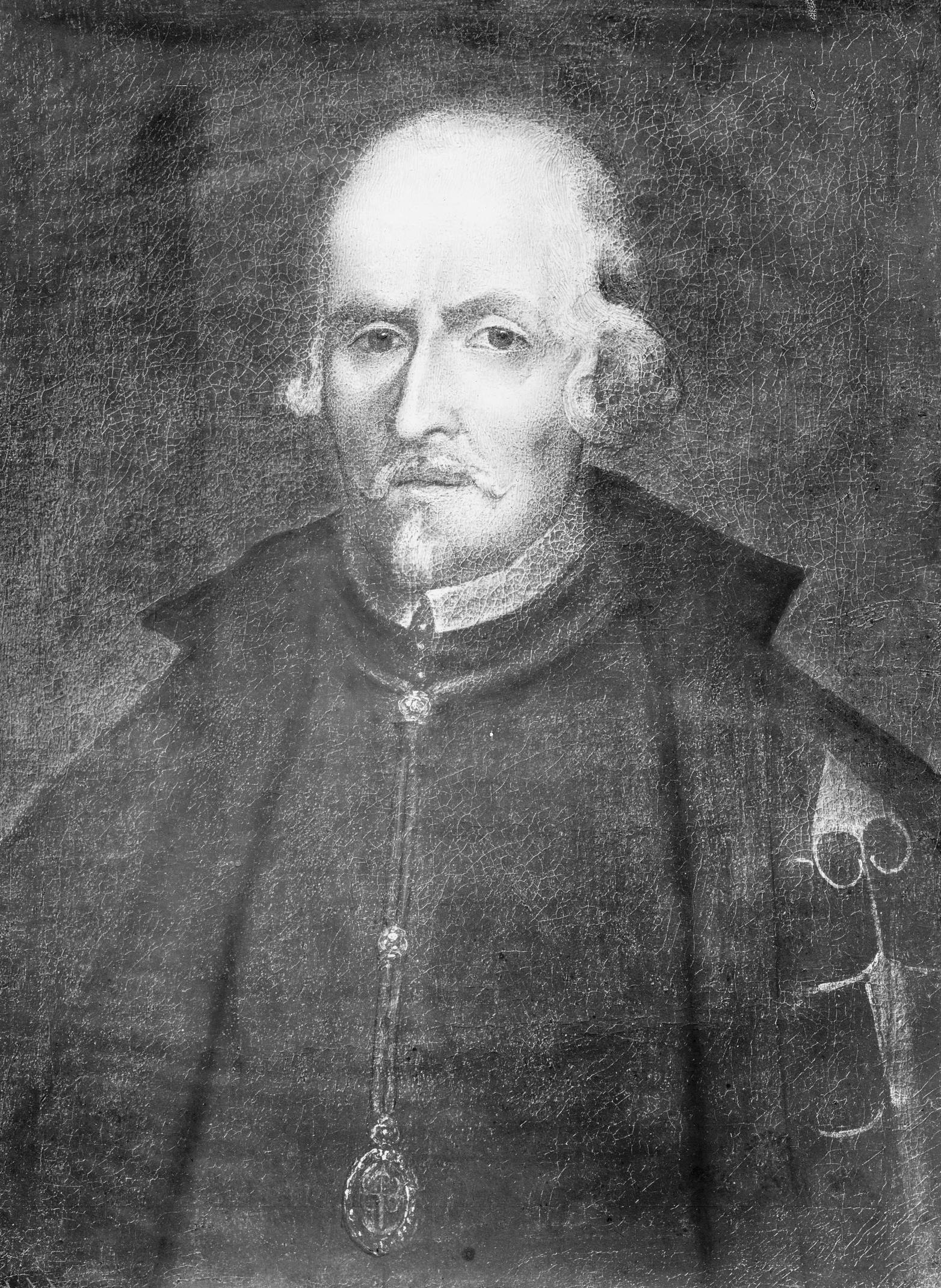 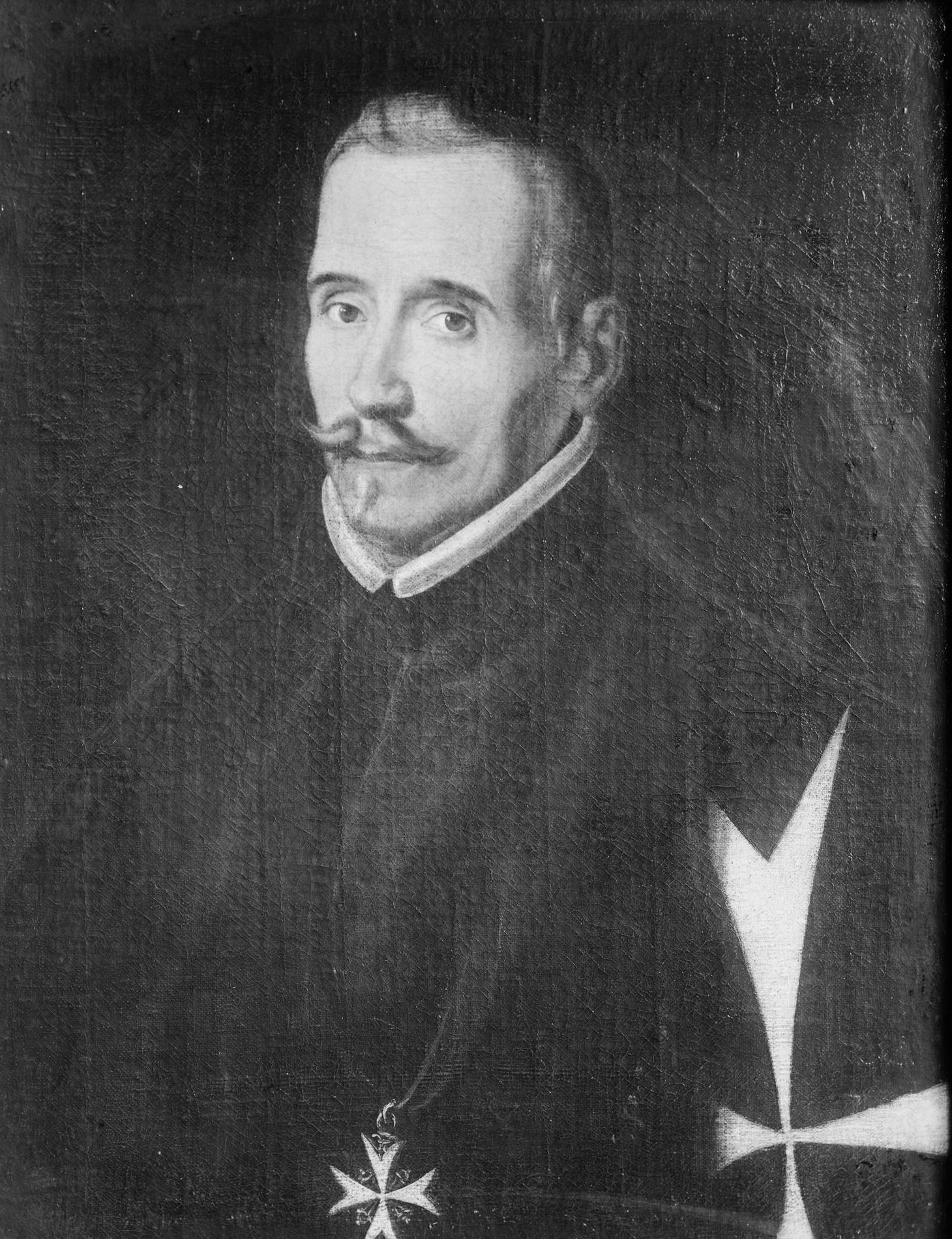 The most representative kind of play of the National Museum of the Theater’s collection is the comedia suelta. These works have been revealed as documents of great importance both for the textual criticism of the dramas of our Golden Age, and for the study of the printed diffusion of the golden theater and its survival throughout the 18th century. 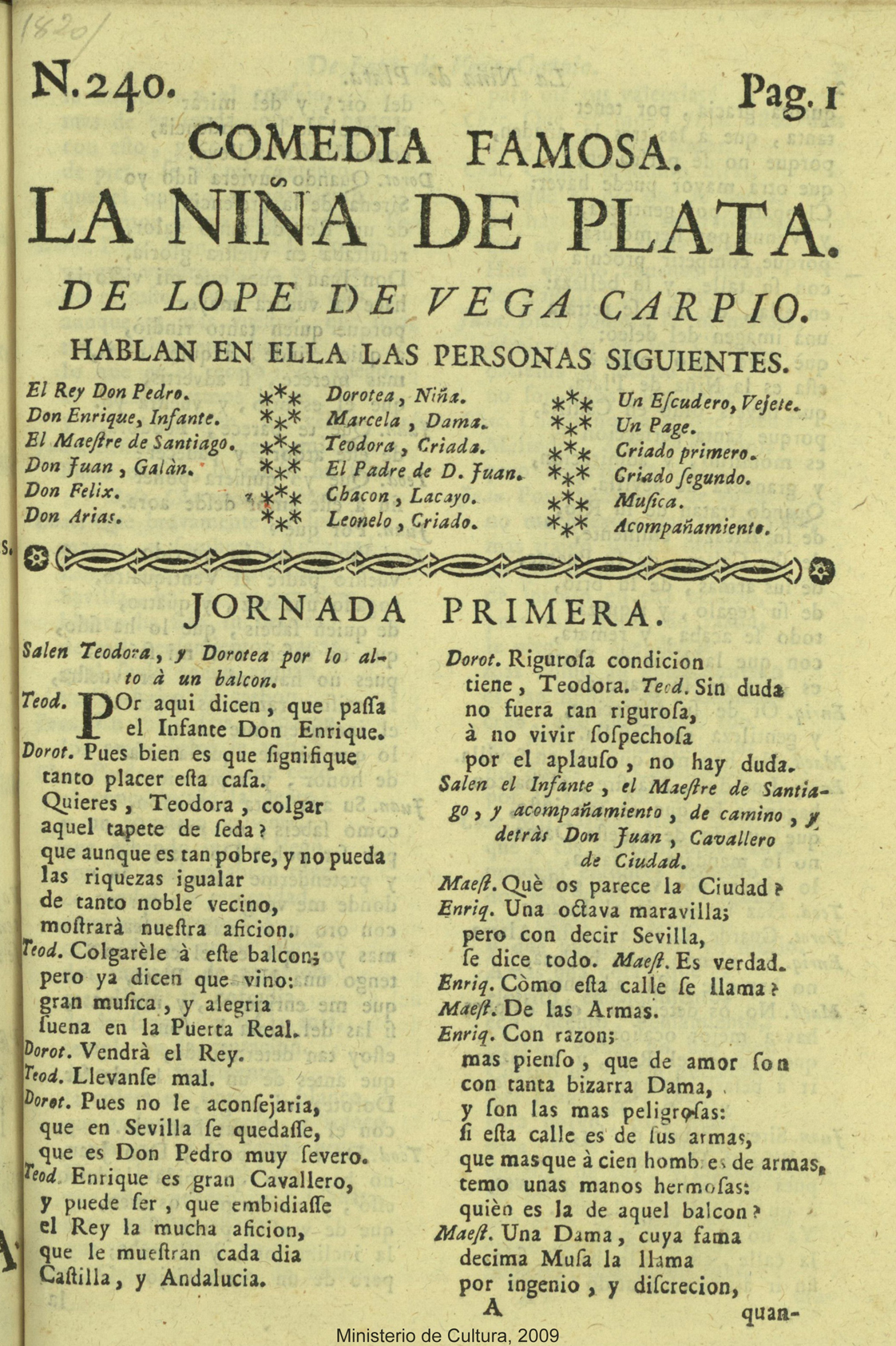 Its publication begins in the second half of the 17th century and remains until the first third of the 19th century. Derived from its distinctive features, comedia suelta is defined as a separate unit, in the form of a booklet, in size 4º, divided into four or five sheets usually collected by a theatrical piece. Instead of a title page, it has a header on the upper half of the first page with the title of the work preceded by the formulas Comedia Famosa or Famosa Comedia. The text is usually arranged in two columns and is accompanied by a colophon. Due to the poor quality of the paper used and the use of worn and irregular types of printing, we find poor quality prints, without protective covers, with many failures in the numbering of the pages and typographical errors. They consisted, then, in low-priced forms intended for an audience with low incomes.

As a result of the different editing and printing practices of the time, it is sometimes difficult to distinguish between comedias sueltas, comedias desglosadas and adocenados. The so-called comedias desglosadas come from editions of parts or volumes that make up a collection and, therefore, its pagination is correlated. They also have a title page for each volume with a common printer's mark. On the other hand, the adocenados are factitious volumes where comedias sueltas are collected (usually 12), under a common title page.

In addition to the copies from the National Museum of the Theater, this microsite has a large number of works from other institutions, such as the Fundación para la Etnografía y el Desarrollo de la Artesanía Canaria, the Biblioteca Regional de Murcia, both with an interesting background of images about theater, Universidad de Santiago de Compostela, with 115 pieces, and Biblioteca de Cataluña, with 170. 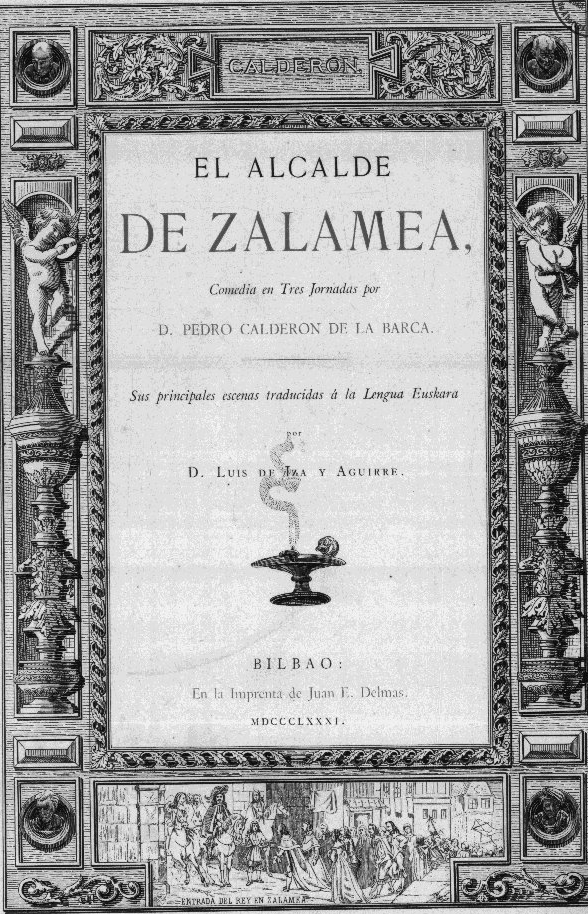 The theater in the microsite of Spanish Theater

Between the 16th and 17th centuries there is the so-called Golden Age of art and literature in Spanish. It is generally considered to cover from the publication of the Castilian Grammar of Nebrija in 1492 until Calderón de la Barca’s death in 1681. This period was one of the most fruitful for the Spanish theater thanks to the birth of some of the Spanish playwrights most known and universal of our literature. Among the most outstanding works of this period, the microsite of Spanish Theater includes the following: El Perro del Hortelano, by Lope de Vega; El vergonzoso en palacio  or Cómo han de ser los amigos, of Tirso de Molina; El ayo de su hijo, Guillén de Castro; El Alcalde de Zalamea, by Calderón de la Barca, in Castilian and Euskera.

During the 18th century, the Enlightenment imposed neoclassical theater, characterized by retaking the styles of classical Roman and Greek societies, in order to combine entertainment with moral lessons. Although this theater did not enjoy a great success, being in the shadow of the great works of the Golden Age, in which we also can find outstanding authors like Leandro Fernandez de Moratín, Ramon de la Cruz or Vicente García de la Huerta. Among the most outstanding works of the Enlightenment in the microsite of Spanish Theater we find El héroe de Bailén, by Gertrudis Gómez de Avellaneda and Adelardo Ayala, among other authors; La señorita displicente, of Ramón de la Cruz; La mojigata, from Moratín, etc. 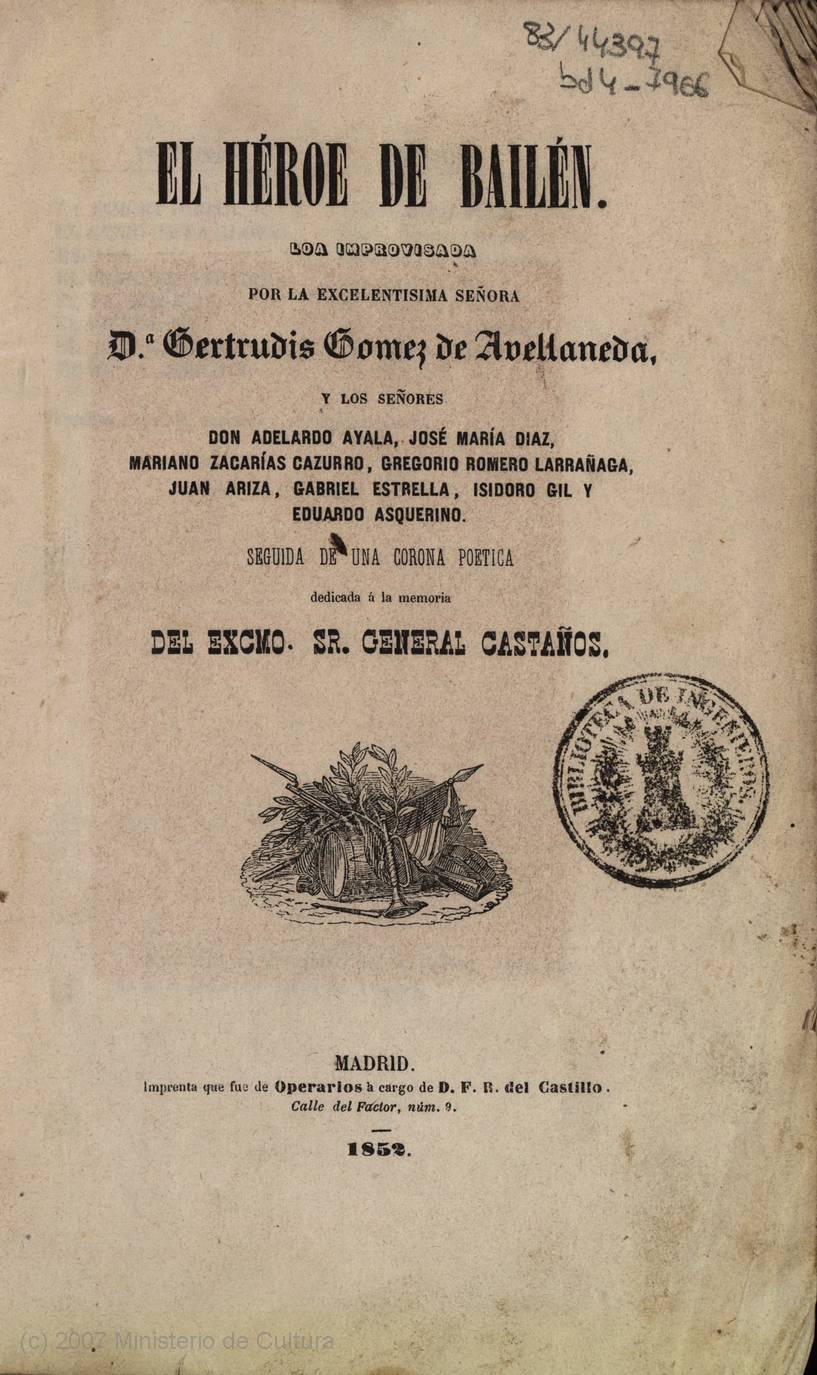 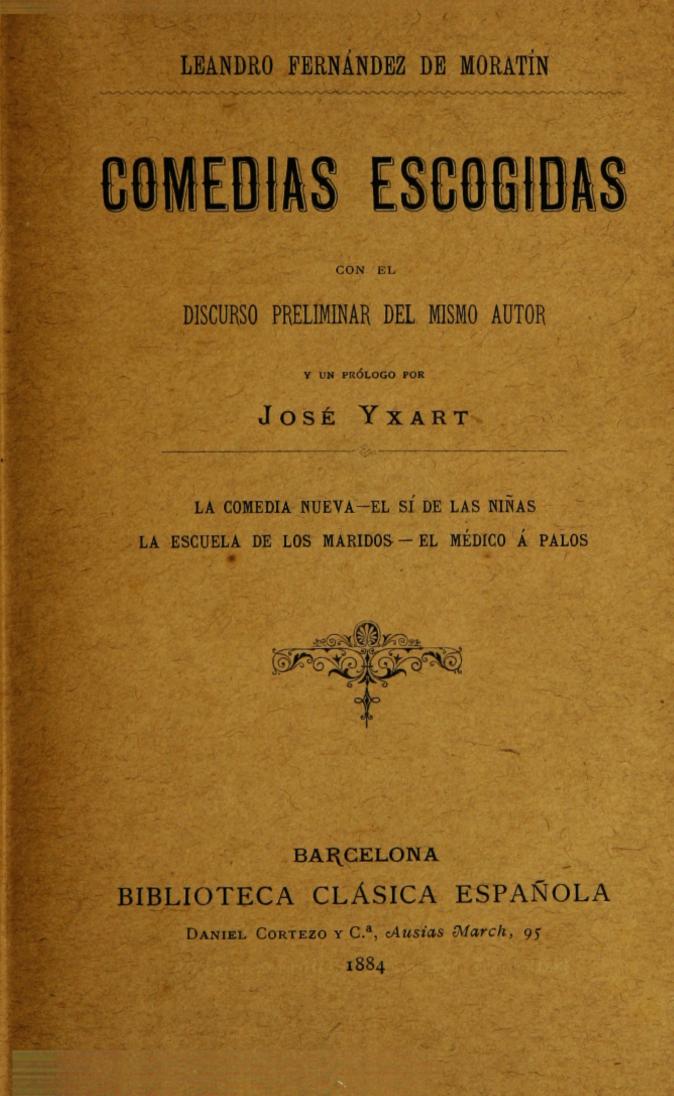 In the first half of the 19th century, the theater of Romanticism brings to the stage the tensions of society and the existential conflicts of man, set in the historical or legendary past of the Middle Ages. It is a theater of intrigues, ghosts, grandiose ruins and, of course, love and death. The microsite of Spanish Theater collects works like El Trovador, included in the Obras escogidas de Antonio García Gutiérrez; Juan de las Viñas,, by Juan Eugenio Hartzenbusch and numerous works by Manuel Bretón de los Herreros, such as Muérete y verás. 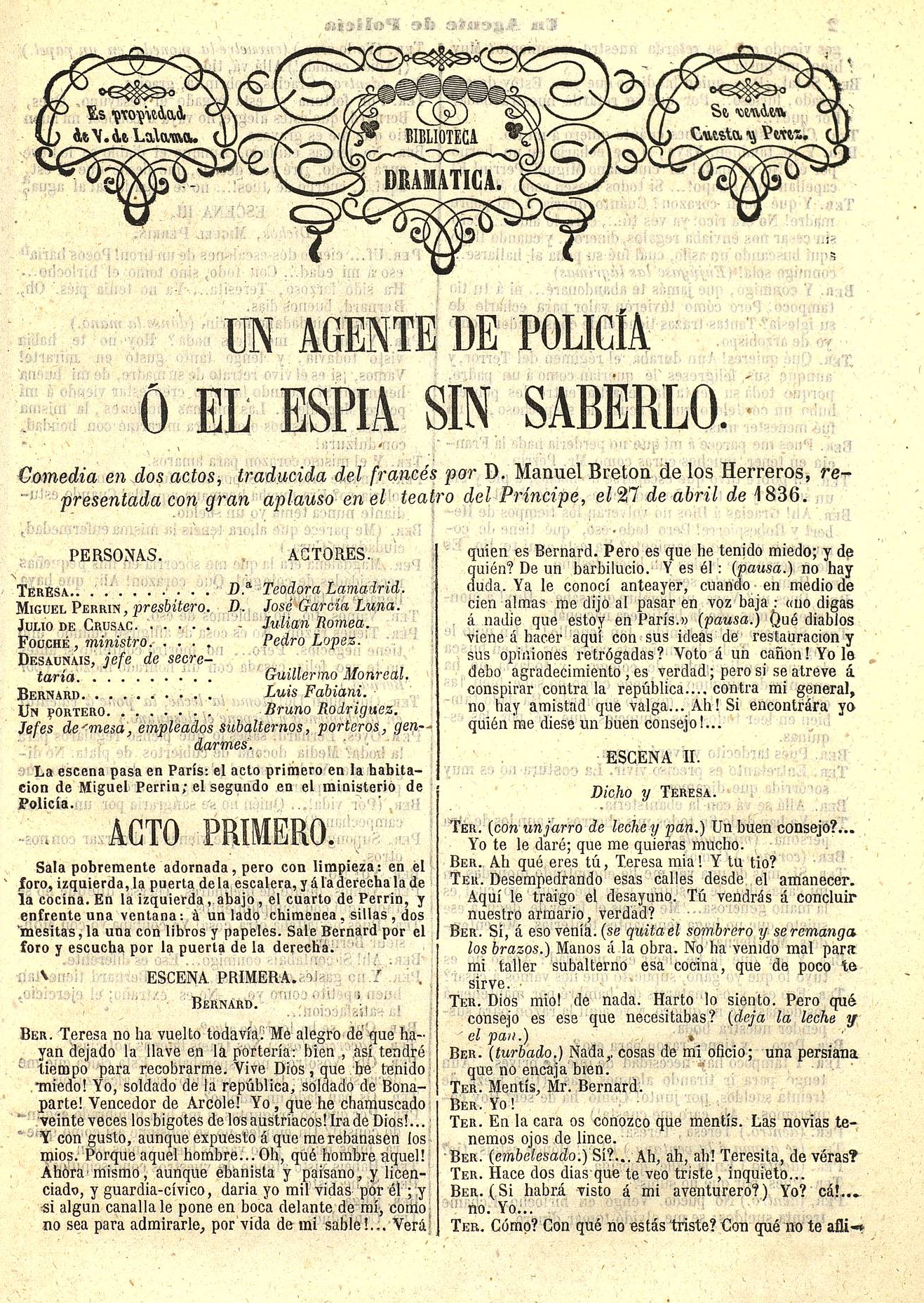 In the second half of the 19th century, the Spanish realist theater combines the most conservative and uncritical positions with the most progressive and acidic. We find works that cover from high comedy, through ethically restless theater, to a critical and committed theater. It is the time of authors such as Ventura de la Vega, whose work Un Inglés y un vizcaíno is in our collection. Simultaneously other authors, such as Manuel Tamayo y Baus, whose work Fernando el pescador o Málaga y los franceses are also in the microsite, tried to revitalize the romantic historical drama. 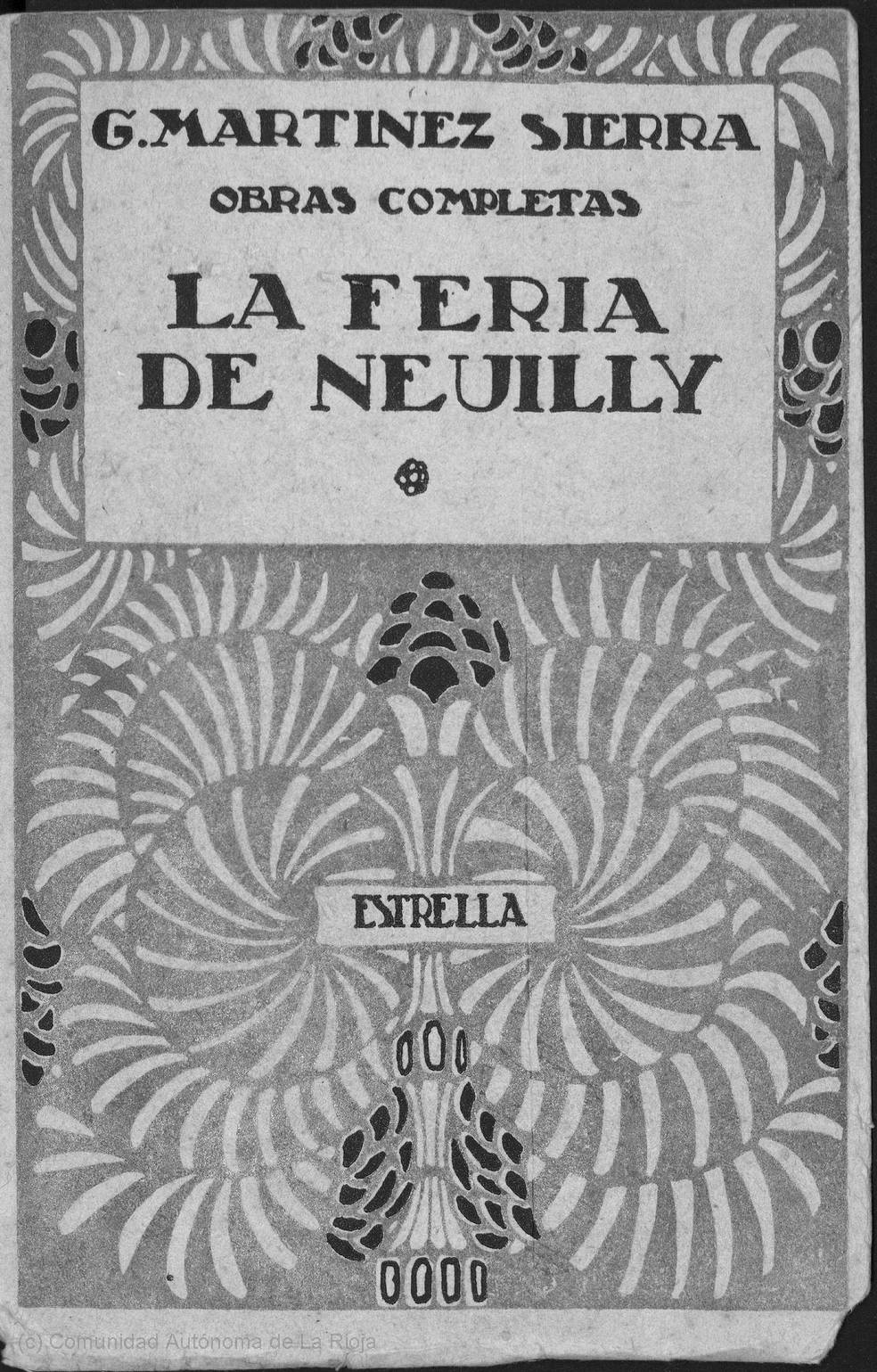 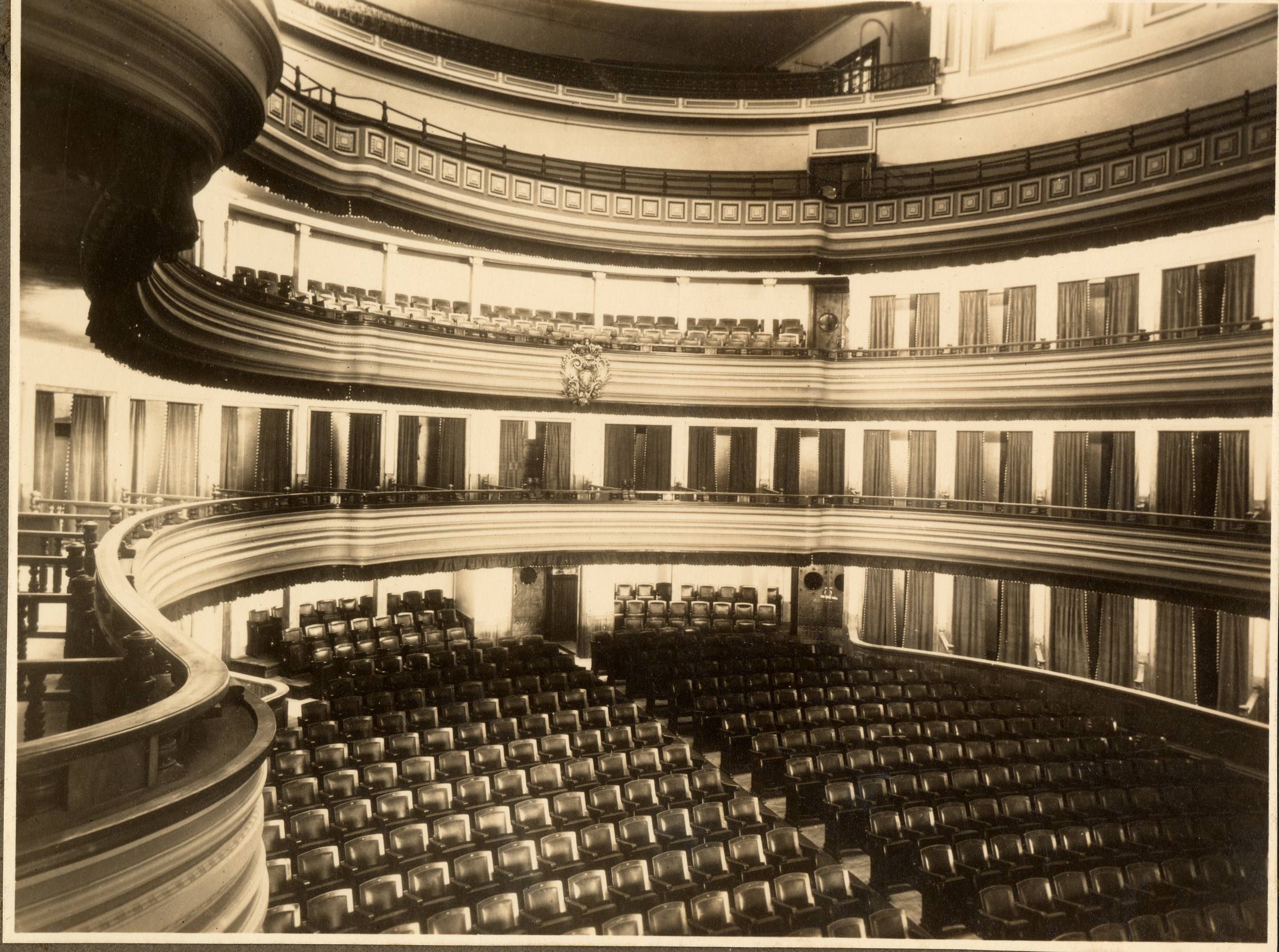 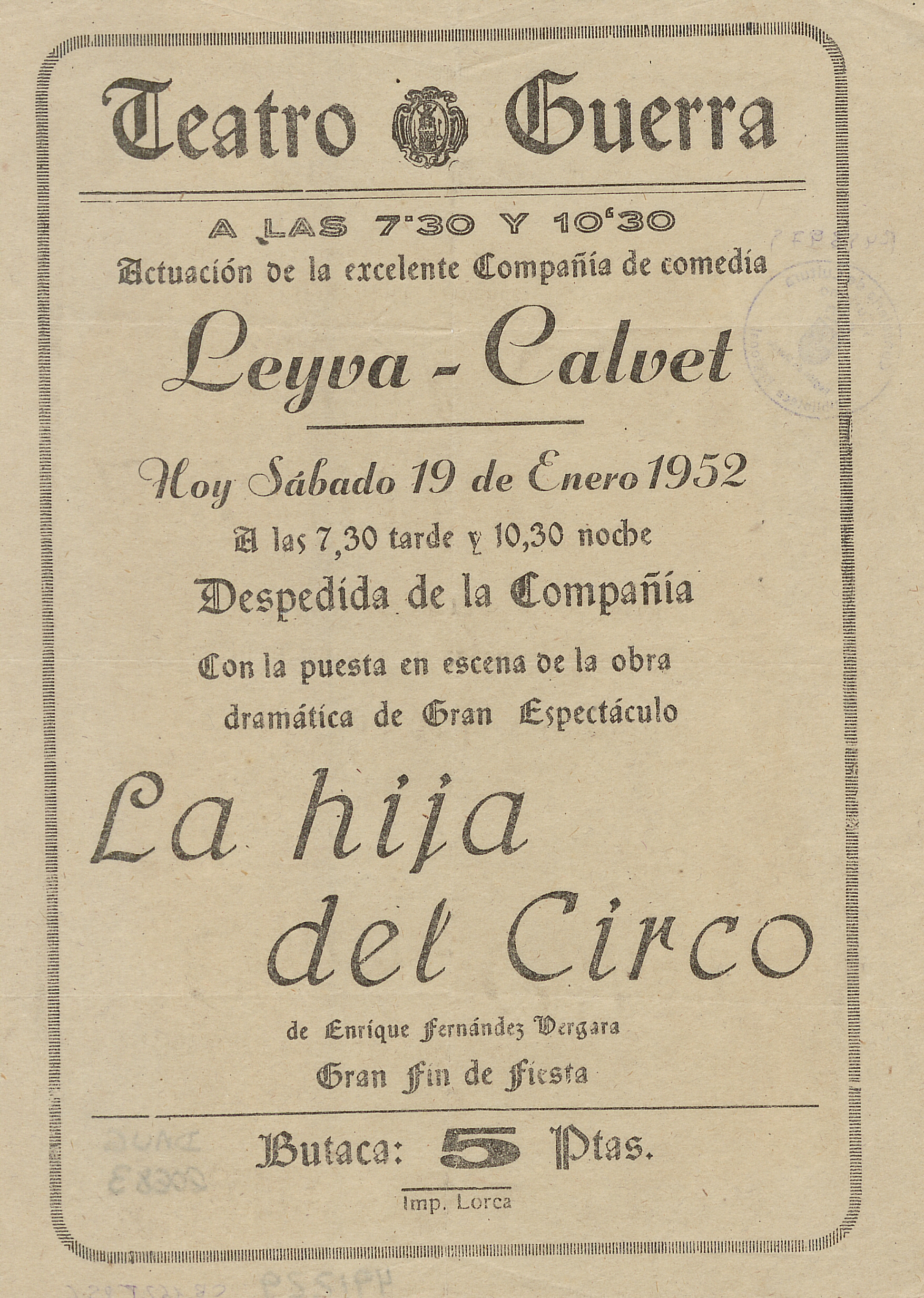